I'm an independent writer and journalist 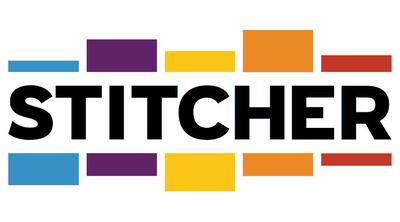 The march of podcast consolidation continues. Is Stitcher next on the chopping block? Liberty Media’s SiriusXM bough the company in 2020 in the wake of it’s 2018 purchase of Pandora, and just merged the advertising arms of both into a new company called SXM Media. If you note the branding, things may not be looking good for Stitcher, but it goes much deeper than that.

The podcast industry is now dominated by a handful of players—with Liberty, Spotify and public radio (via NPR and PRX) in the drivers seat, and Amazon, Apple and the New York Times not far behind. The new podcast oligopoly has arrived, and monopoly is on the horizon. 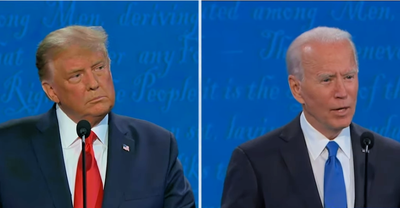 A FAIR analysis of the 2020 general election debates found stunning breaks from past practices combined with tried-and-true tropes of national US debates. One of the biggest changes was the coronavirus pandemic, which accounted for 18% of the total of 186 questions asked during two debates between President Donald Trump and former Vice President Joe Biden (9/29/20, 10/22/20), and the single debate between Vice President Mike Pence and Sen. Kamala Harris (10/7/20)...
John Crosby 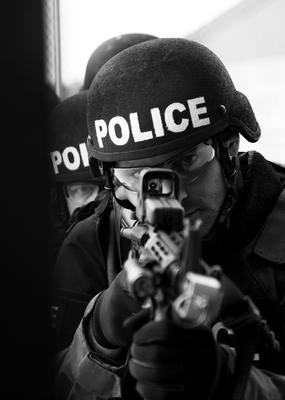 Rifle Round-Up: Just when you thought it was over

“If they both opt for department-issued rifles, we’ll need to buy one more,” said John Carmichael in an email just before the Journal went to press, almost as an afterthought. He was talking about about two officers at Police Services finishing their training and preparing to be armed with AR-15 rifles. Police Services now has ten officers (if you’re keeping up on the math: that’s up from nine, but we’ll get to that). Seven rifles were purchased, and one officer brings a personal rifle in to work; that leaves two officers without rifles. Why does each officer need their own rifle? Carmichael claims that Evergreen police “can’t share weapons,” because they are only certified to use specific guns. But rifles were always only one part of a larger story. 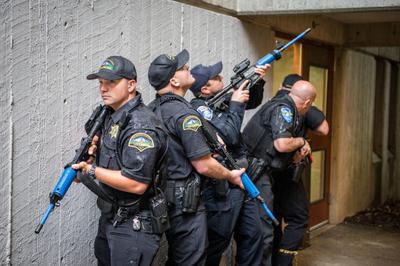 In 2017, President George Bridges quickly and quietly approved the purchase of AR-15 rifles for campus police, leaving the community to grapple with the implications after the fact. This is not the first time Evergreen has confronted the issue of campus police and AR-15 rifles. Former Director of Police Services Ed Sorger requested rifles in fall of 2008, ushering in a full year of “forums, dialogues, recommendations, and responses from the Evergreen community,” according to a 2009 Cooper Point Journal article by Madeline Berman.

More than a hundred people gathered in front of the library on Wednesday, Nov. 7th to protest Evergreen’s intention to hire two new police officers while cutting faculty positions. The protestors spent forty minutes chanting and waving homemade signs in Red Square while students and faculty gave impassioned speeches. They then took their message directly to college administration, moving the rally into President George Bridges’ office and presenting a list of demands. 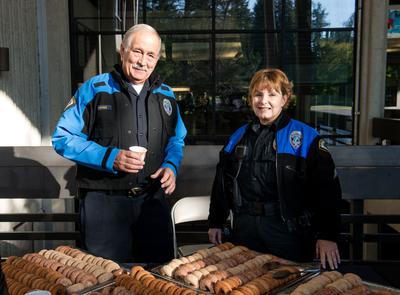 In its last edition the Cooper Point Journal reported that Police Services quietly purchased rifles in fall of 2017, and that the purchase was quickly authorized by President George Bridges over that summer. Former Director of Police Services Stacy Brown requested five AR-15 rifles on Aug. 1, which Bridges approved only two weeks later. Purchase orders reveal that... 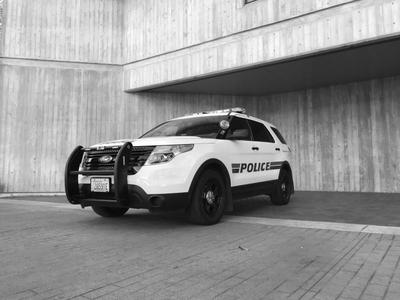 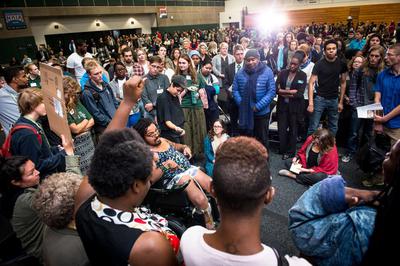 Protest Follows Year of Controversy over Racism at Evergreen: Contextualizing Bias on Campus

After students interrupted convocation in protest, the guest speaker, Naomi Oreskes, as well as George Bridges and the other administrators facilitating the convocation events chose to continue with the planned schedule and told the student protestors they could speak at the end. This did not sit well with many students who felt the voices of black students should have been prioritized. Halla Warner, a freshman who decided to participate in the protest, said she was upset by the way Orsekes rude
Close ✕